The hidden wilderness of Africa

It is a moment of peace.

On the eastern horizon, the sun lights up the sky. The air is still filled with indescribable clarity and tranquility.

Above and below the ground, the creatures of the darkness are just going to sleep. Before the temperatures slowly rise, the awakened animals rush to the waterholes to quench their thirst.

Birds in wonderful colors clean their plumage and prepare to welcome a new day.

Slowly the air and the ground become filled with life, merging the sounds of the wilderness into a composition that confounds the senses. You are in Botswana!

MAKGADIKGADI SALT PAN AND OKAVANGO DELTA - Via Johannesburg you fly to Maun, the border town to the Okavango Delta in Botswana.

From here, you will immediately proceed to the Makgadikgadi Salt Pan on the edge of the Kalahari.

Thousands of years ago a huge lake dried up here and left this barren landscape. During the daily game drives you can experience the desert and its inhabitants up close.

Beside oryx antelopes and springbok herds the curious guenons are waiting for visitors. In the rainy season, however, the picture changes and the moon-like landscape becomes one of Botswana's most important wetlands.

Large groups of flamingos come in flocks, as do the zebras and wildebeests attracted by the lush grasses. We then take a small plane to the Okavango Delta.

The Okavango River is one of the most powerful rivers in Africa. It rises in Angola and ends in Botswana in the Okavango Delta.

Its 6,000 square miles of lagoons, channels and islands form an almost entirely natural inland delta, the largest in the world. It is as if nature had poured itself a bathtub and exuberantly celebrated its diversity in it.

Botswana's wildlife is one of the most famous in Africa - almost all the animal species of southern Africa come together here, making an incredible soundscape.

But what is truly extraordinary are the accommodations in this area. Since there are almost no roads here, almost all goods have to be transported by air.

If you then look at the luxurious accommodations in the Okavango Delta, you would think that the animals helped to create them in order to get tourists into the country.

In addition to these logistical feats, the architecture and details of the various lodges are also real masterpieces.

200 m2 of living space including a private pool, hundreds of kilometers away from civilization. That sounds extraordinary.

And when you are relaxing in your pool on a warm summer evening, a sundowner in your hand and a herd of elephants in front of you in the grass... Then the whole thing seems almost a bit unreal indeed! 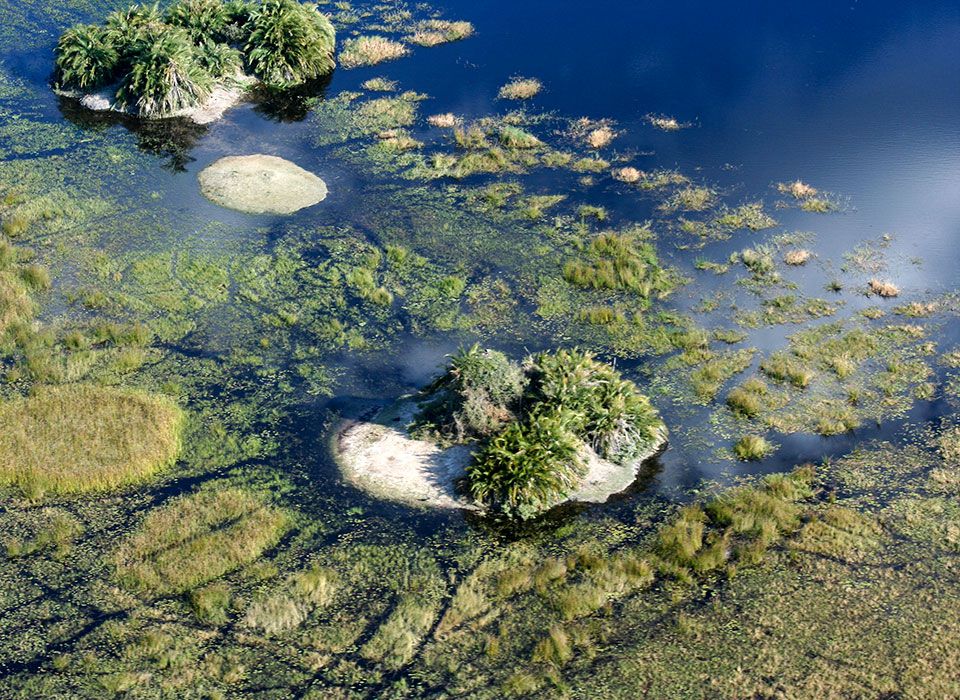 Okavango Delta from the air - Botswana 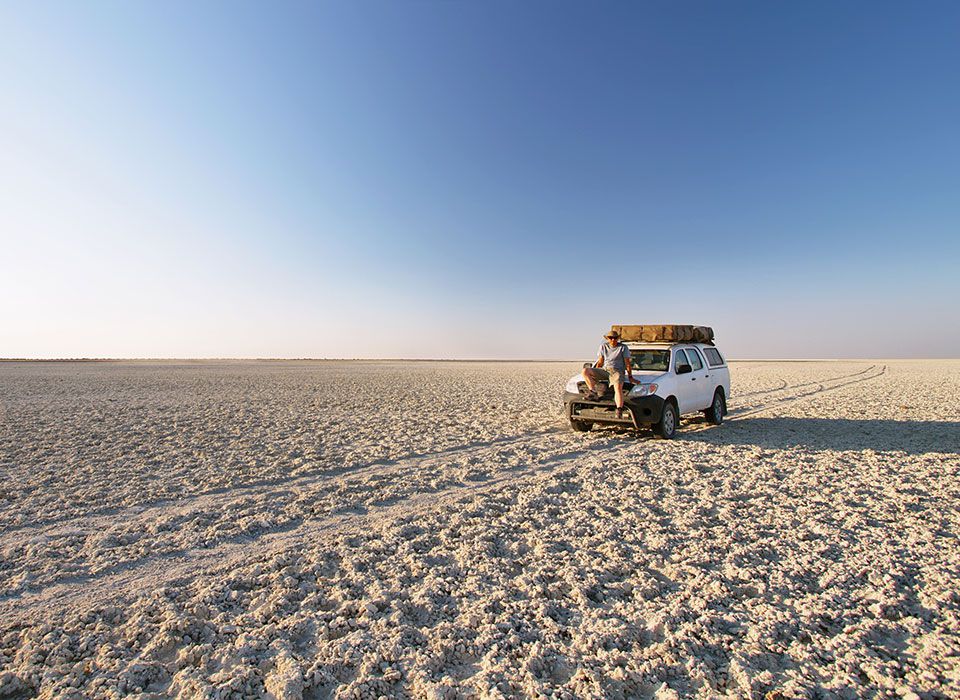 THE MOREMI WILDLIFE RESERVE-From - From here you will fly over the breathtaking river landscape of Botswana to the edge of the Moremi Wildlife Reserve, located in the northeastern part of the Okavango Delta.

It was established in 1968 by the Tawana tribe and is considered the ultimate for safari lovers. Leopards, lions, elephants, hippos, buffalos and antelopes live here and can be observed from land, air or water.

Ornithologists can also indulge their passion here with over 550 species of birds, and the flora develops a unique diversity and floweriness near the water.

This reserve is without a doubt, hard to beat as an experience of nature and wilderness. 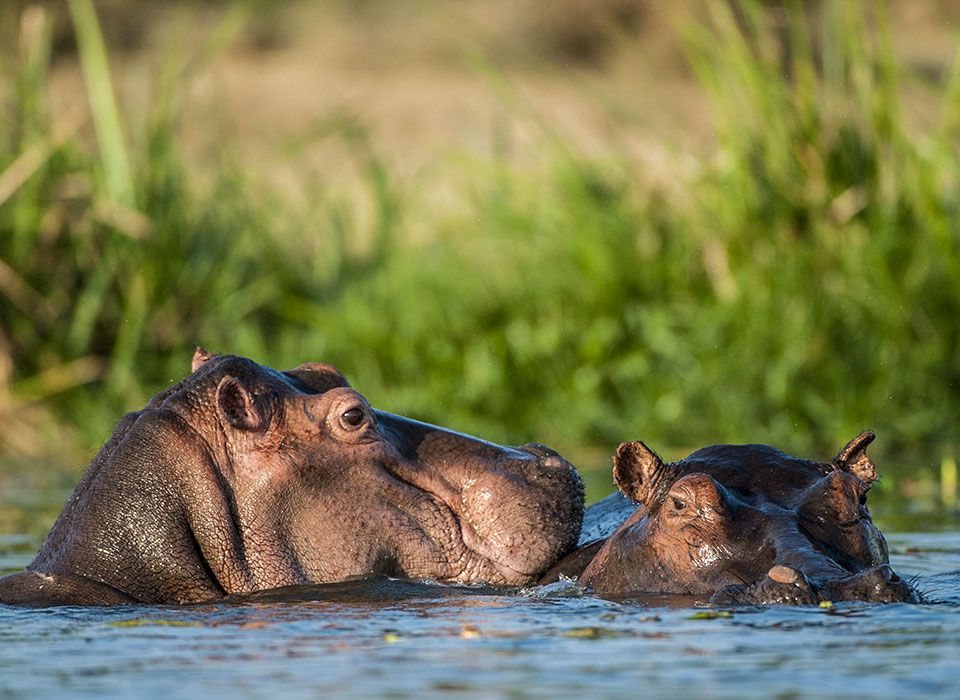 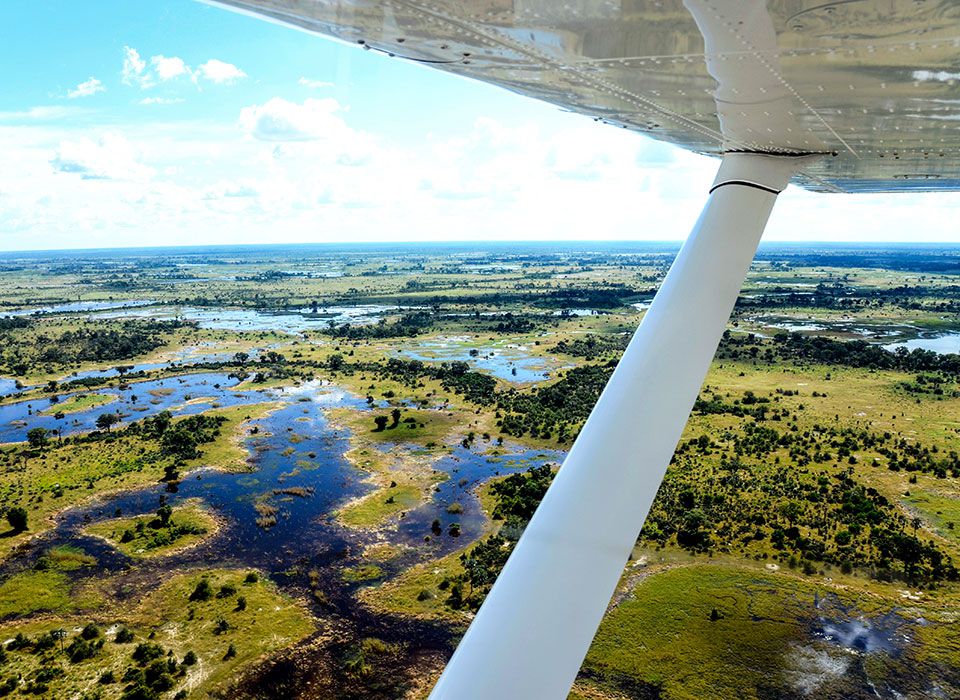 VICTORIA FALLS - A final highlight of the trip is the Victoria Falls in Zambia.

The Victoria Falls are without doubt one of the most spectacular natural wonders of the world. Here, the Zambezi River plunges down a seventeen-hundred-meter-wide ledge of basalt rock into a narrow rocky gorge.

Mosi oa Tunya - the smoke that thunders, that's what the locals call the falls. Anyone who has ever seen the Zambezi plunge over a hundred meters will understand what is meant by this.

Experience this natural spectacle with your own senses! 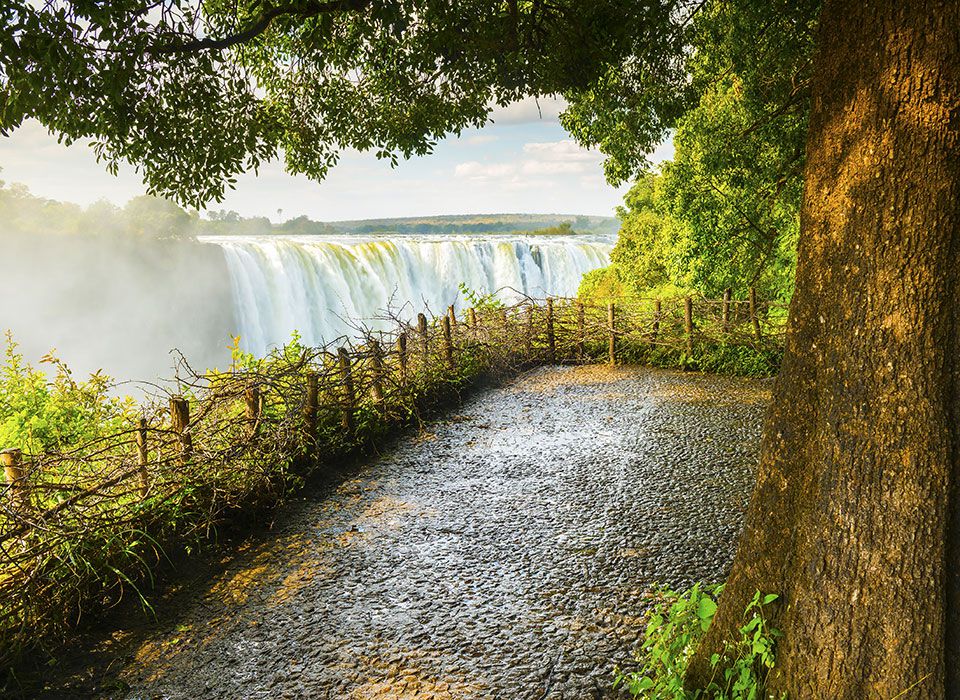 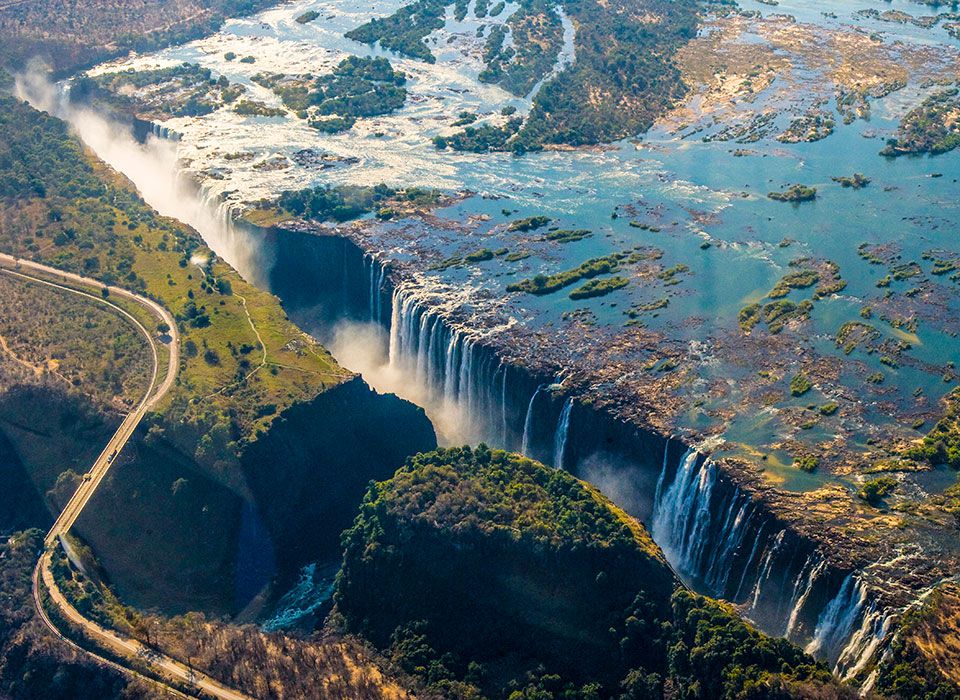 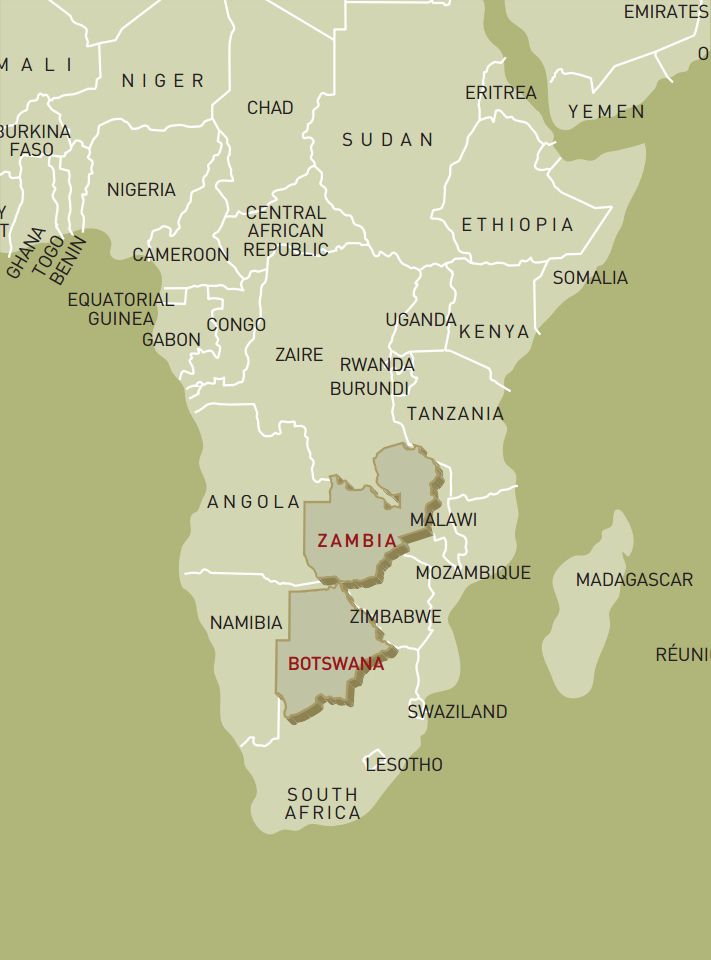 Make a stop in the "Mother City" Cape Town.
...or extend your stay in Zambia
...or add a beach trip to the Seychelles
...or relax on the beautiful coast of Mozambique, the Eldorado for divers.