From the Amazon to the Galapagos Archipelago

In Ecuador, within a few hours you can go from the cool highlands surrounding the fascinating colonial capital of Quito to the humid and still mysterious rainforest of the Amazon lowlands.

It is not much further to the high slopes of the Andes, to the Pacific coast or even to the unique Galapagos Islands.

A trip through Ecuador is a journey through the breathtaking beauty of our planet, which could hardly be more diverse and varied.

QUITO – THE MOST BEAUTIFUL CITY OF LATIN AMERICA - After landing in Quito awaits you soon most beautiful city in Latin America – like the self-confident one opinion of all residents the capital of Ecuador.

In a kind of alley, surrounded of several mountains the highest capital the world at 2,850 m, what the arrival special appear spectacular leaves.

But not only the exceptional location makes this city one such peculiarity. It is especially the colonial legacy and the resulting Architecture.

The Colonial Splendor from Quito is really impressive. Because of her many churches and monasteries Quito also received the Nicknamed "the monastery of America", and in the year In 1978 UNESCO declared the city a World Heritage Site.

And like it's name of the country already suggested runs through Quito also the equator. Yet Words alone can do that do not describe magnificence – experience them with yours own eyes. 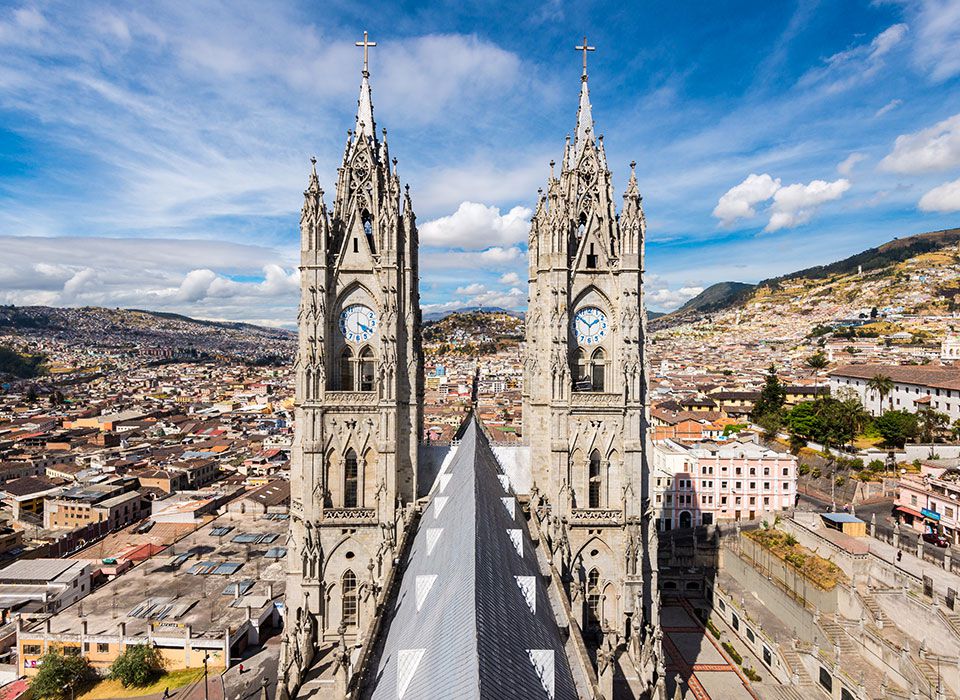 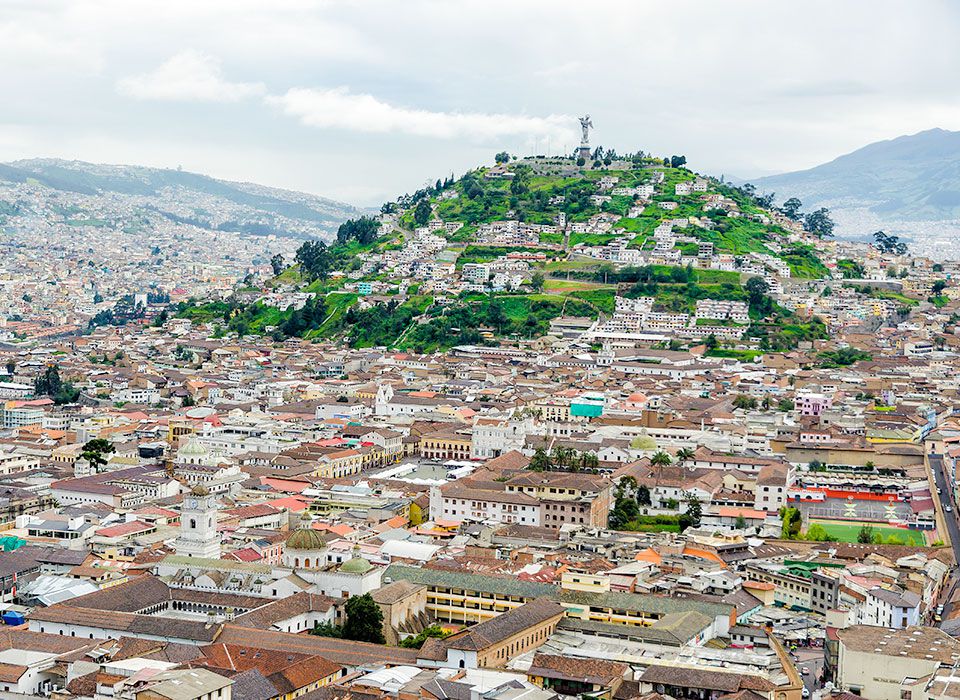 IN THE NAPO WILDLIFE CENTER OF THE AMAZON BASIN - In one of the most remote areas of the Ecuadorian Amazon Basin and accessible only by airplane and motorized canoe, lies the Napo Wildlife Center - one of Ecuador's most impressive lodges.

Napo Wildlife Amazon Lodge is operated as part of an ecological project to protect Yasuni National Park and an indigenous community living there. The national park and the lovingly designed lodge are located deep in the heart of Ecuador's tropical rainforest.

The Napo Wildlife Center is a unique ecological project with the goal of protecting the fascinating nature of Yasuni National Park together with the indigenous community of Añangu.

Yasuni National Park spreads along the southern bank of the Napo River with approximately 982,000 hectares of primary forest. The geomorphology of the park is characterized by the endless succession of small hills formed by the rivers over the millennia.

The Añangu indigenous people have found an alternative livelihood in ecotourism and conduct exciting and interesting tours into the fascinating ecosystem with diverse flora and fauna. 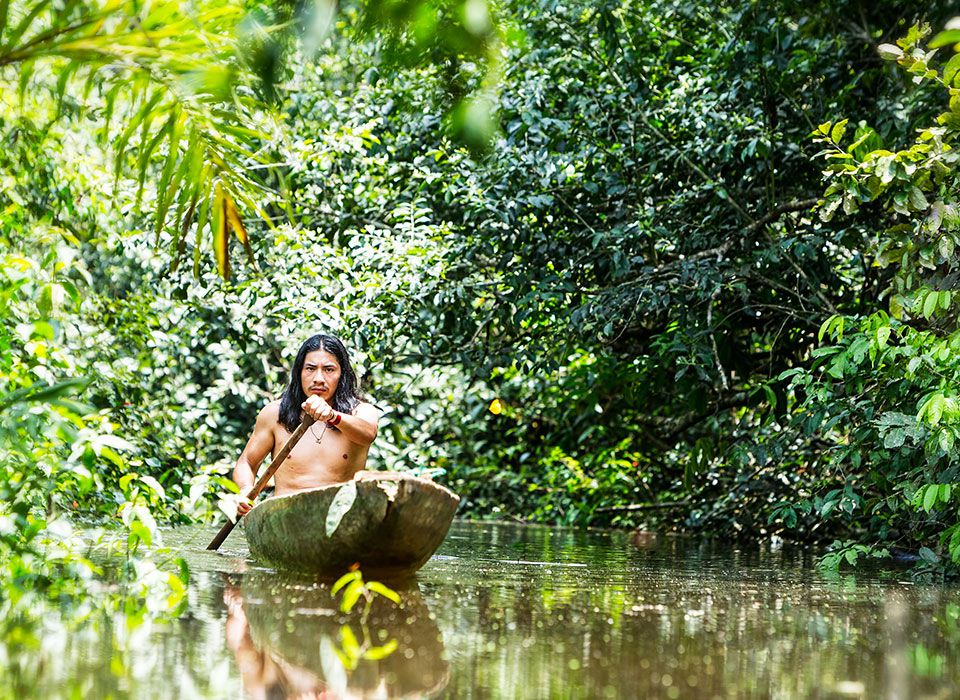 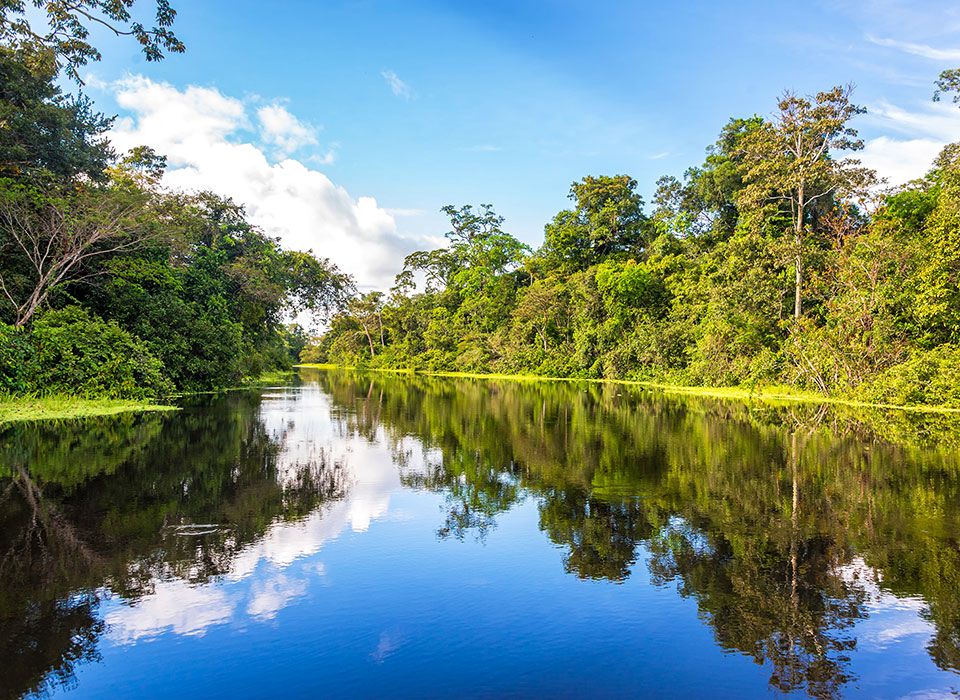 A CRUISE THROUGH THE GALAPAGOS ARCHIPELAGO - Afterwards, the unique Galapagos Islands await you.

There is probably no other place in the world that can so vividly illustrate the genesis of the earth and its creatures.

Even Charles Darwin admired the two-legged or four-legged adaptation artists: iguanas, which developed webbed feet between their toes and can thus hunt under water for an hour.

Penguins that strayed into the tropics and cormorants whose wings regressed to stubs because they apparently didn't need them. These are all prime examples of the Darwinian theory of evolution, which the young English scientist used to shake up the biblical creation story after his trip to the Galapagos Islands.

Impressive is also the great trustfulness of the animals, which already the Spanish bishop Tomas found worth mentioning 300 years before Darwin. With a little luck, you too will be circled by curious sea lions as you take a dip in the Pacific Ocean.

The volcanic archipelago will make you feel like you're in another world, even if it's no longer the world Charles Darwin found when he visited in 1835.

You will get to know the still fascinating archipelago, which consists of 13 large, 6 medium and over 40 small islands, from aboard the luxurious mega-catamaran M/Y Ocean Spray.

The ship offers its guests the utmost luxury and comfort in its eight cabins, all equipped with private bathrooms, air conditioning and balconies. With the M/Y Ocean Spray you will visit the remote islands of one of the last natural wonders of our earth - a very special experience. 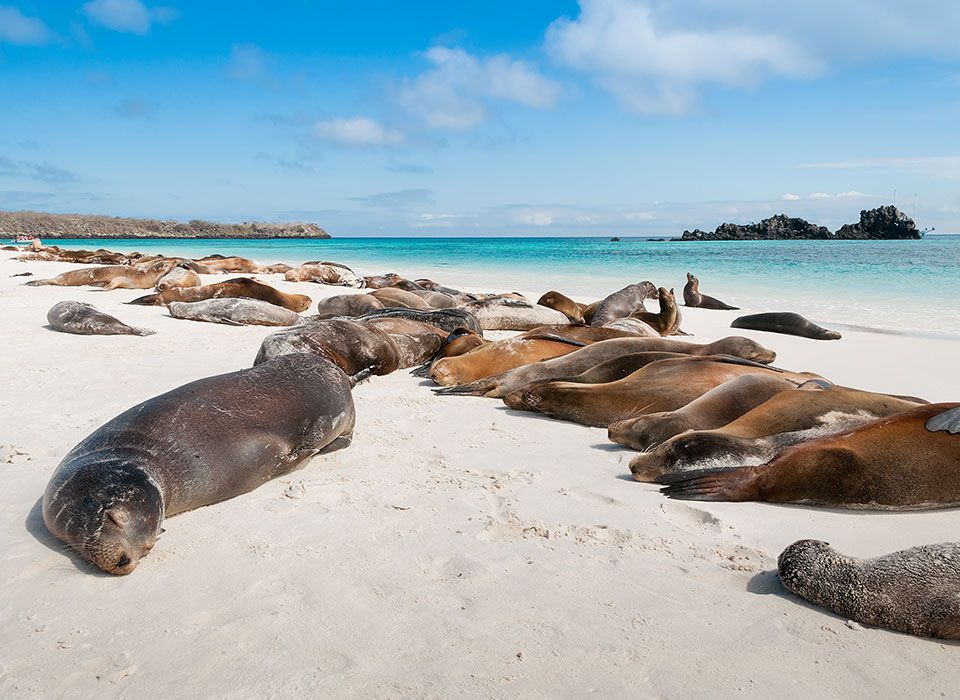 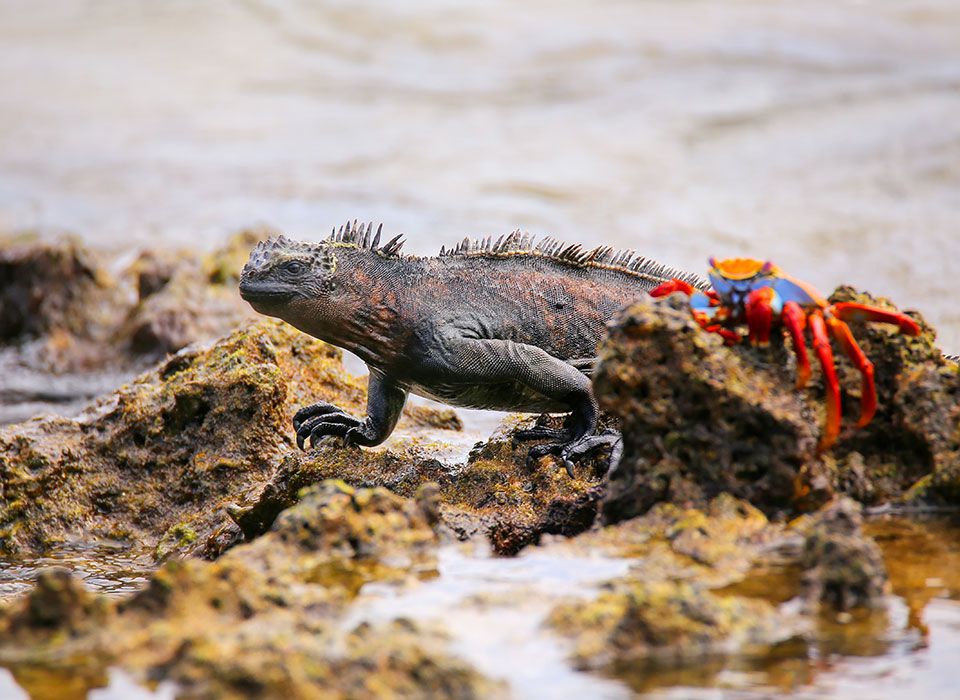 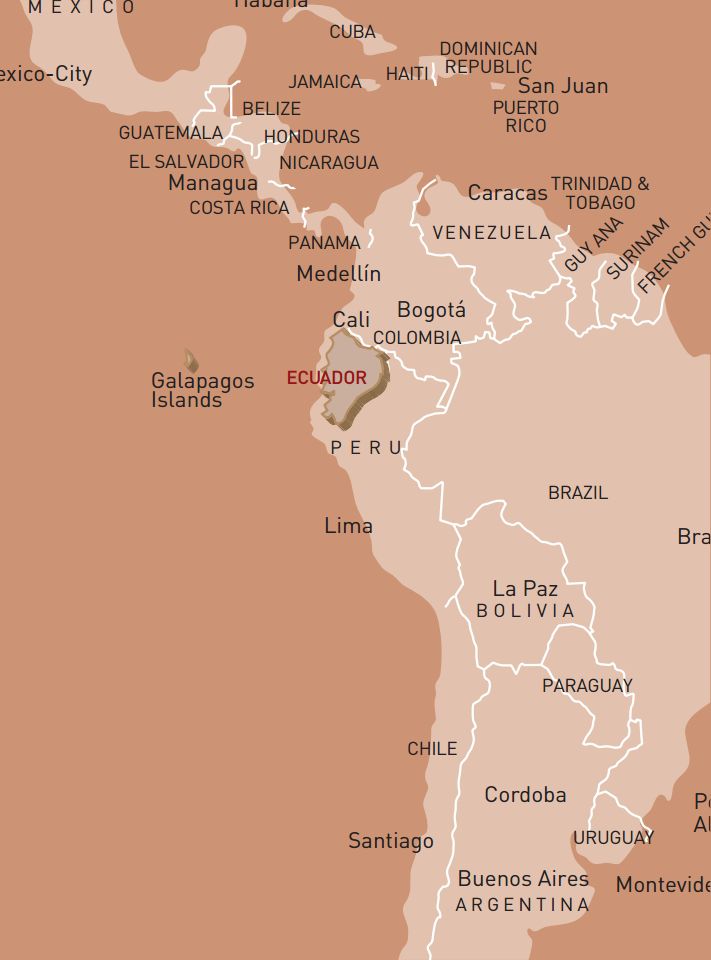 Combine your tour with a round trip through Peru and Bolivia.
...or extend the trip on the Caribbean beach of Venezuela or on the ABC Islands
...or just stay a few more days in Ecuador and do a tour to the highlands of the country

Let us plan together your dream trip to South America
-
All trips are customized for you and tailor-made!