With open arms you are already expected in Rio de Janeiro.

The statue of Christ on Corcovado invites you to get to know this diverse country in person.

Brazil exerts a legendary attraction on us, Brazil has that certain something: cities like Rio, jungle landscapes like Pantanal, the waterfalls of Iguaçú and the climate.

But it is also the people with their so different mentality. Their spontaneous exuberance and joie de vivre are infectious and often act as a fountain of youth.

It is like refueling energy for a hibernation in the homelands. Let yourself be enchanted by the country and its people...

RIO DE JANEIRO - Brazil is the land of samba and beautiful beaches.

You can feel this especially in Rio de Janeiro, the "cidade maravilhosa" - the wonderful city, as it is called by the connoisseurs. Here you will find pure love of life and an energy that is second to none.

Sugarloaf Mountain and Corcovado, Copacabana and soccer - nowhere else can you feel the Brazilians' zest for life like here.

The rugged landscape of the surrounding area shapes the image of a city that is simply seductive and should not only be on your tour list during Carnival time. 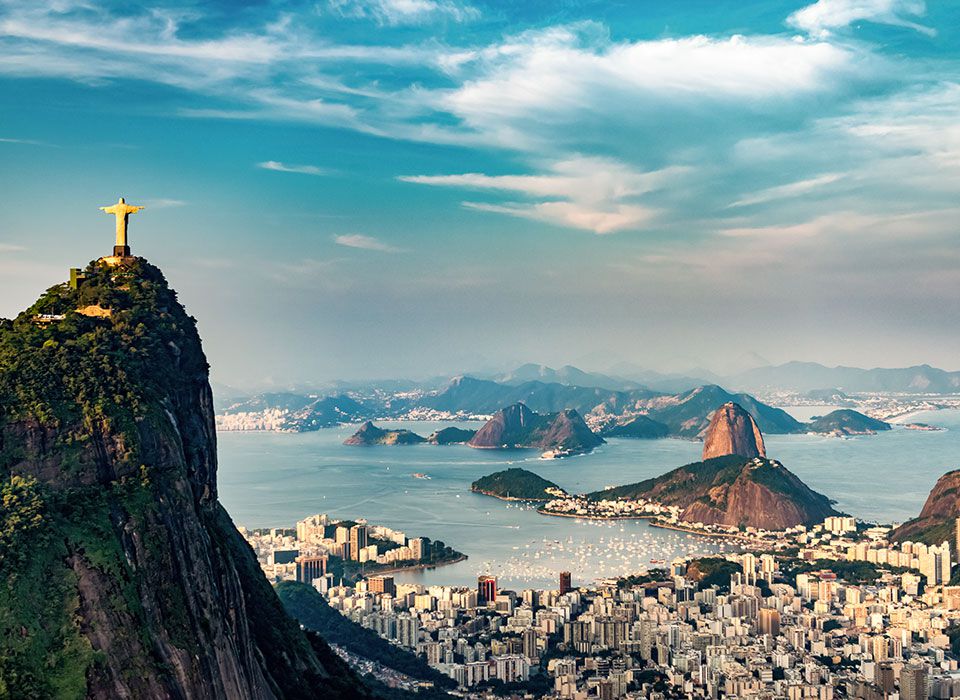 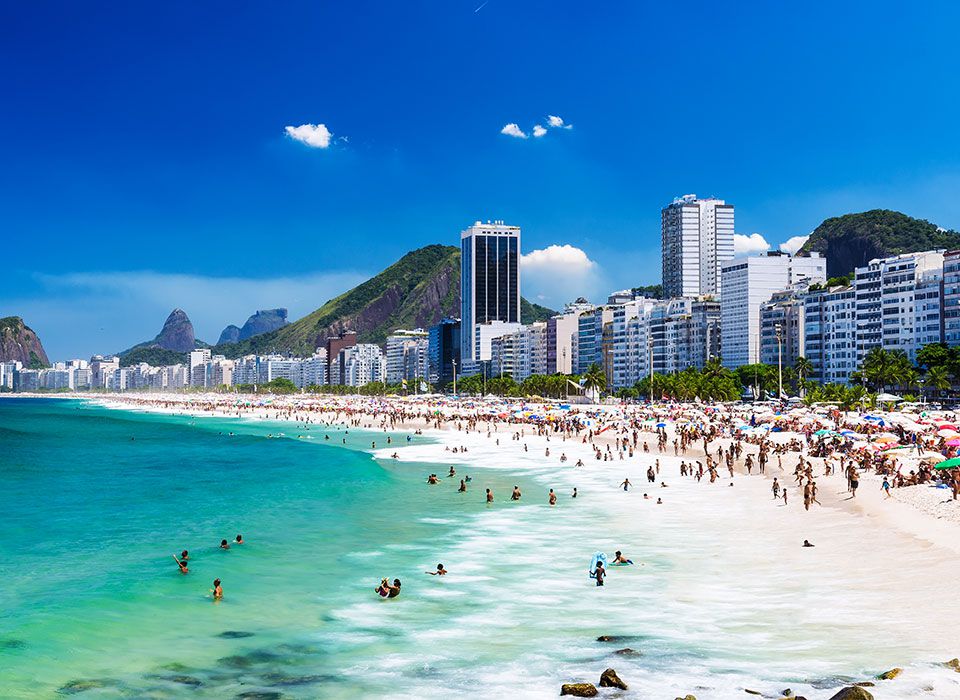 Here, in the capital of Bahia, the roots of the African ancestors are alive: in a unique cuisine, in festivals full of religious fervor and the largest street carnival in the world.

The predominantly black population is known for its zest for life, its desire to make music and dance.

The colonial backdrop is marked by countless churches and the old town, where the synthesis of the city's culture and history is omnipresent. 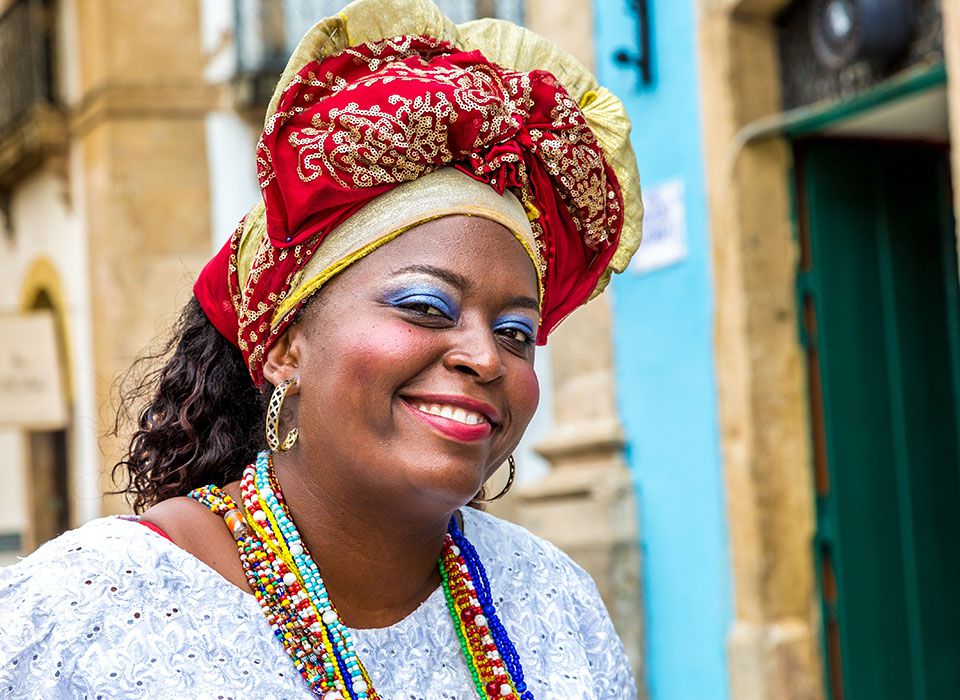 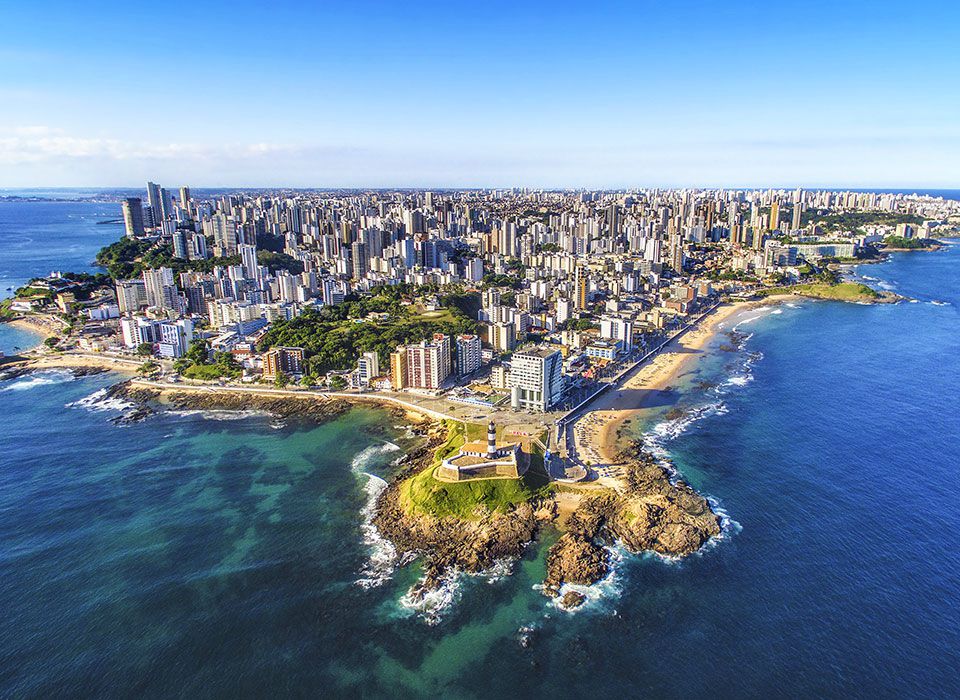 BELO HORIZONTE AND MINAS GERAIS - Gold, silver, diamonds and emeralds - this was the stuff of the dreams of the bandeirantes of the 17th and 18th centuries, but it was also the stuff from which entirely new riches emerged that are still unparalleled in Brazil.

Associated with an artist they affectionately called "o Aleijadinho" (the little cripple), the most homogeneous and complete arsenal of baroque art in Brazil was created.

Without a doubt, Ouro Preto, located at an altitude of over 1,000 meters, is the most famous.

The city, which has been a protected monument for many decades, is truly a historical open-air museum.

The main attraction of Ouro Preto, however, are its churches, almost all of which are associated with the name of a single artist, Antônio Francisco Lisbôa. Brazil's most important sculptor spent his entire life in a tireless creative process despite his crippled hands, to which he later had to have his working tools tied.

The traces of our Aleijadinho continue to Congonhas and Mariana, which are also interesting from a cultural-historical point of view, although a lot quieter. 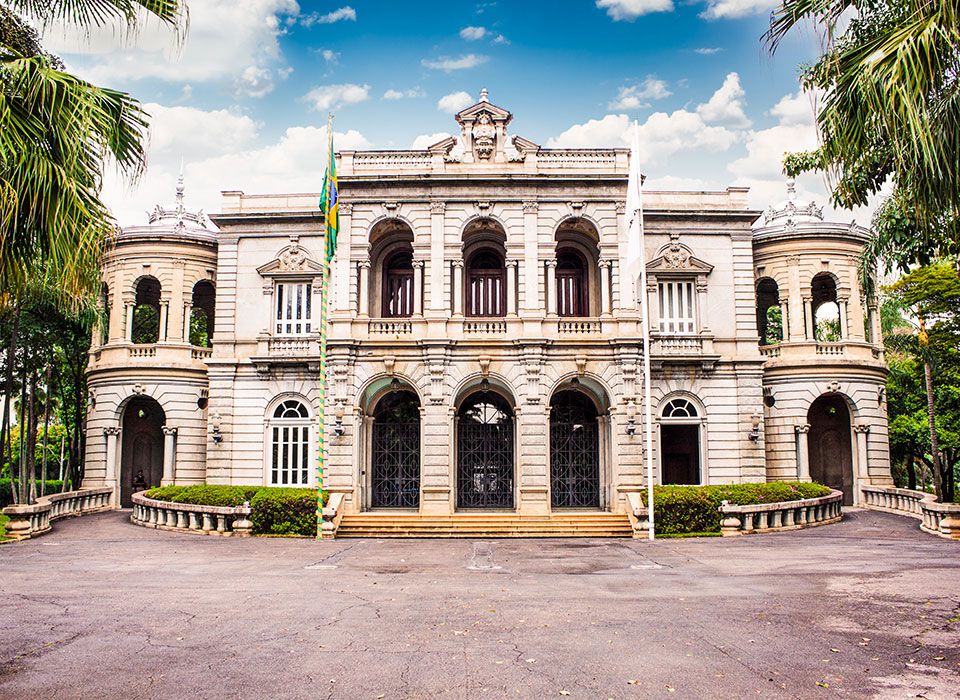 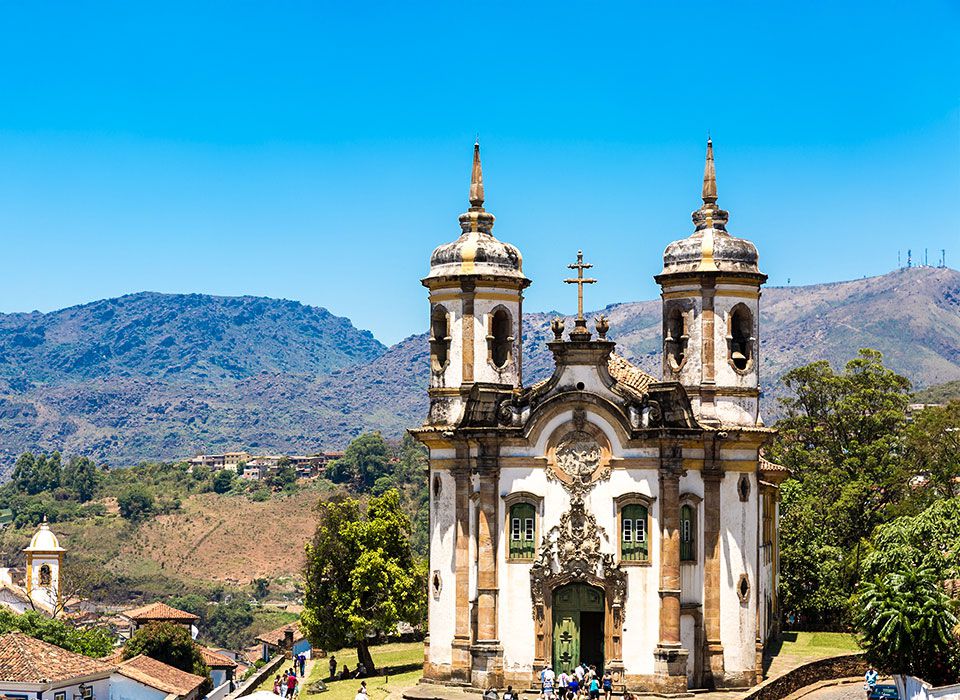 PANTANAL AND THE WATERFALLS OF IGUAÇÚ - After the colonial splendor of Brazil, you will get to know the natural wonder of the country - the Pantanal.

The largest wetland in the world is an incredible mixture of different ecosystems, which combines the most diverse landscapes. Savannas, flooded plains, Amazon vegetation, jungles and steppe areas: Located in midwestern Brazil, the Pantanal de Mato Grosso is a true ecological sanctuary.

With an experienced guide at your side, you will quickly discover that the diversity of large animals is comparable to that found in Africa. These species include spectacled caiman, yellow anaconda, lowland tapir, nandu, cocoi heron, the jabiru stork, and huge flocks of wading birds and waterfowl from North America that winter in the Pantanal.

The natural highlight at the end of your trip is found in the waterfalls of Iguaçú. Depending on the season, there are 150 to 270 waterfalls that plunge from a height of 40 to 90 meters with a roaring roar, creating constant rainbows due to the spray.

Although most of the waterfalls are on the Argentine side, from Brazil you have a more privileged view and better access to this 120 million year old natural spectacle. 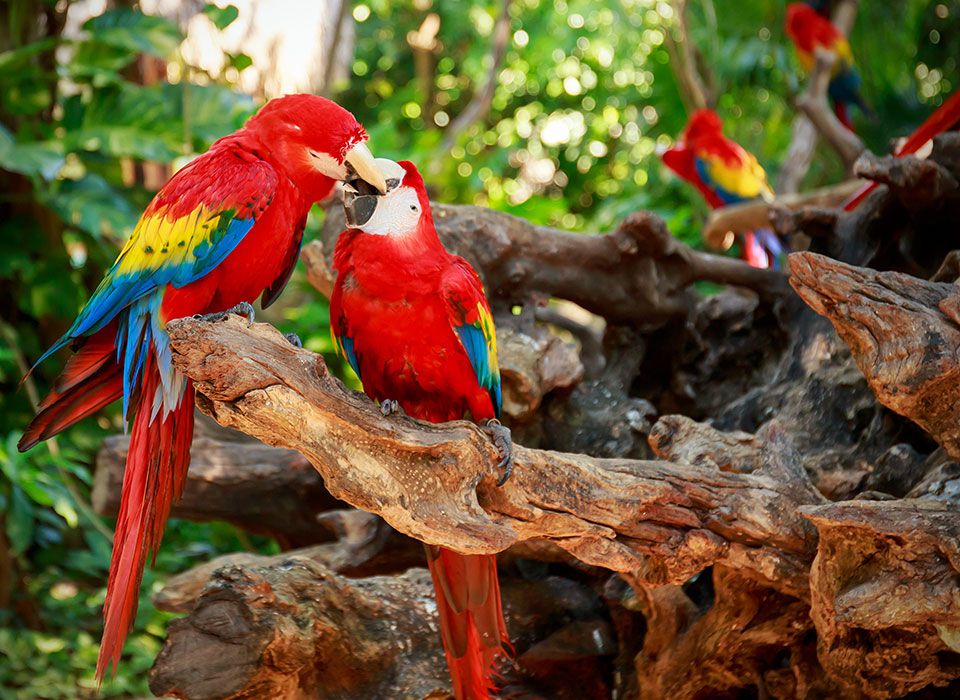 Parrots in the rainforest - Pantenal - Brazil 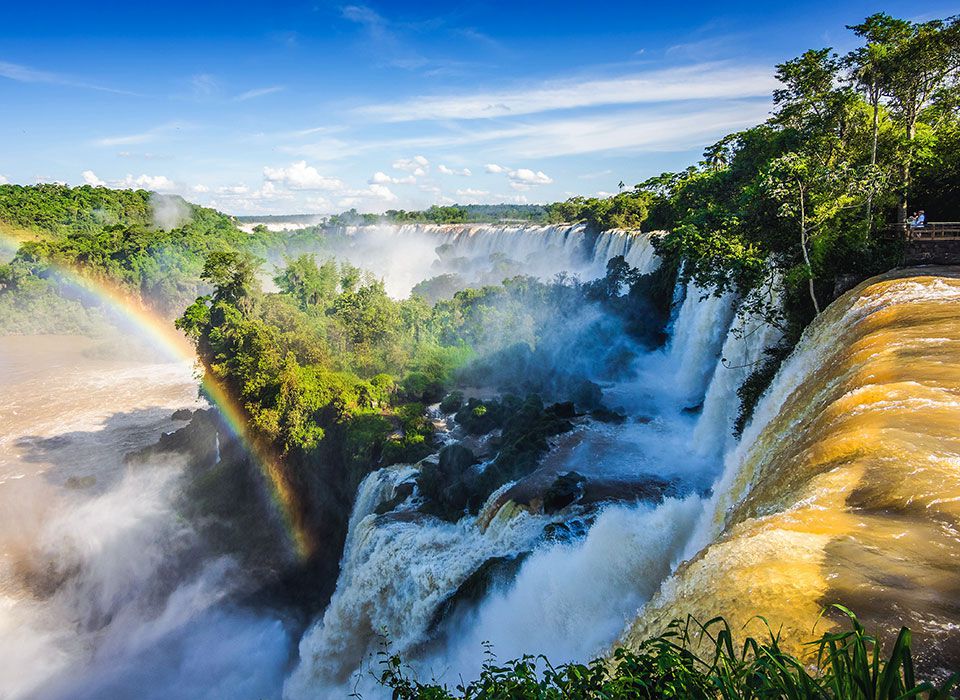 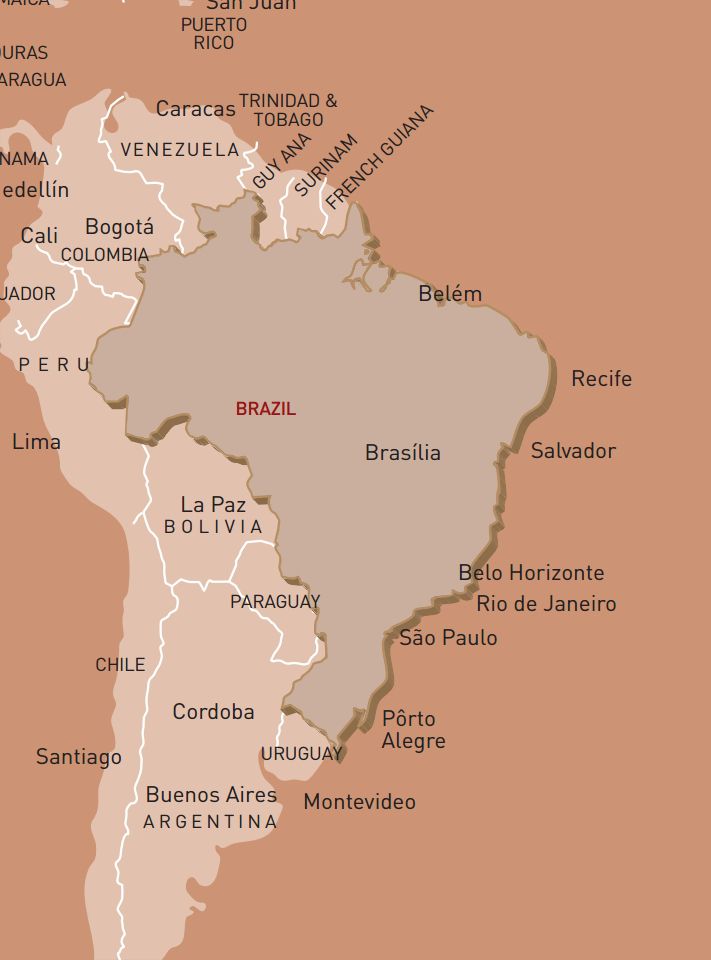 Fly from Iguacú Falls on to Argentina and learn tango steps in Buenos Aires
...or visit the port metropolis in the middle of the jungle - Manaus
...or add a few more Caribbean beach days in Venezuela
...or explore the colorful Indian markets of Ecuador and the Galapagos Islands
...or change continents comfortably with a flight from Sao Paulo to Cape Town