Sinbad the Sailor, the Incense Road and the Holy Three Kings.

The past of the Sultanate of Oman could not be more exciting and eventful. The proud people and breathtaking landscapes behind these legends are still a well-kept secret.

Another continent, another way of traveling. The time-honored Rovos Rail takes you under steam through the world in a single country - South Africa.

OMAN - The historic port city of Muscat, the starting point of your journey through the Sultanate of Oman, lies in a small bay encircled by rugged cliffs.

At the front of the bay is the new palace of Sultan Qaboos, the Al- Alam Palace. However, the picture is dominated by the two forts of Mirani and Jalali, built by the Portuguese at the end of the 16th century to protect against Turkish invasions.

Continuing inland, you will encounter the vast surroundings of the western Hajjar Mountains.

Here lies Nizwa, the religious center of Oman. It was one of the first cities whose population converted to Islam, and it was here that the country's first imam was elected.

From afar, you can see the large wooden entrance gates to the historic souq (market), overlooked by the fortress and the dome of the mosque. Every Friday, the market trades mainly livestock, vegetables and fish.

However, Nizwa is famous for its silversmiths, who make the typical scimitars, but also jewelry such as rings, bracelets, and amulets. A visit to the Sultanate of Oman should definitely be concluded with a trip to the desert.

To do this, first travel to Dja'alan. The coastal section is located at the foothills of the eastern Hajjar Mountains and is one of the most beautiful in the country.

Near Ras al-Had, the easternmost point of the Arabian Peninsula, lies the nature reserve of Ras al-Djinz. Here on the beach sea turtles can be seen laying their eggs all year round.

To the west of Dja'alan opens the Wahiba Desert, whose inhabitants breed racing camels that are among the best in the entire Arabian Peninsula. In the south, the dunes of the desert reach the Indian Ocean, and in the north it is prevented from spreading by the regular floods of the Wadi Batha.

On the edge of this dry valley, which only temporarily carries water after heavy rains, lie the oases of Bilad Bani Bu Ali and Bilad Bani Bu Hassan. Both places consist of small settlements spread over several terraces in the lower bed of the Wadi Batha.

The riparian zones are lined with wide, lush green gardens in palm groves. 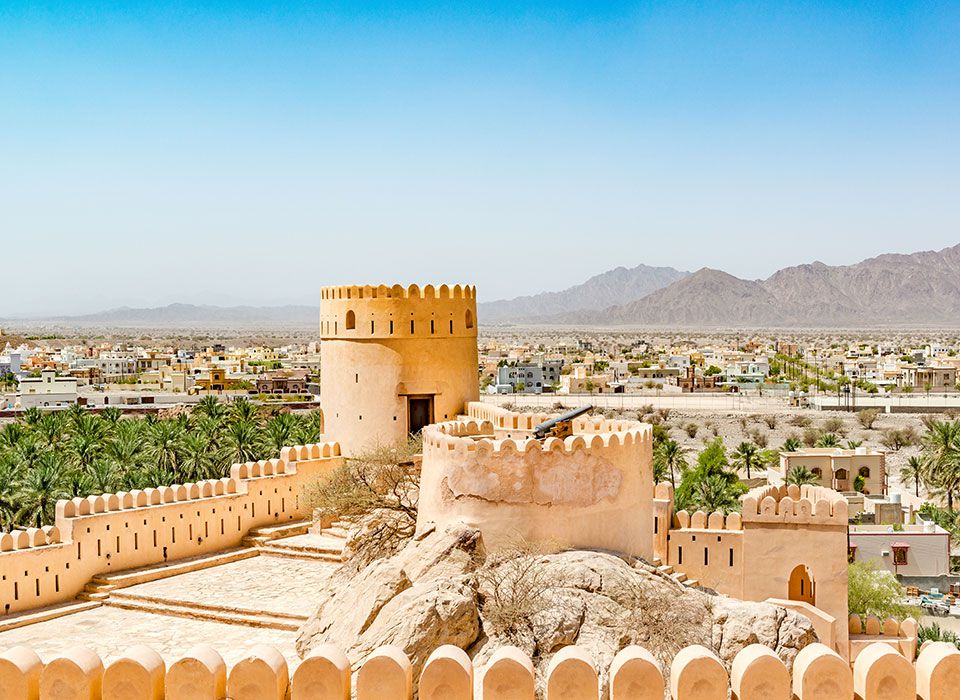 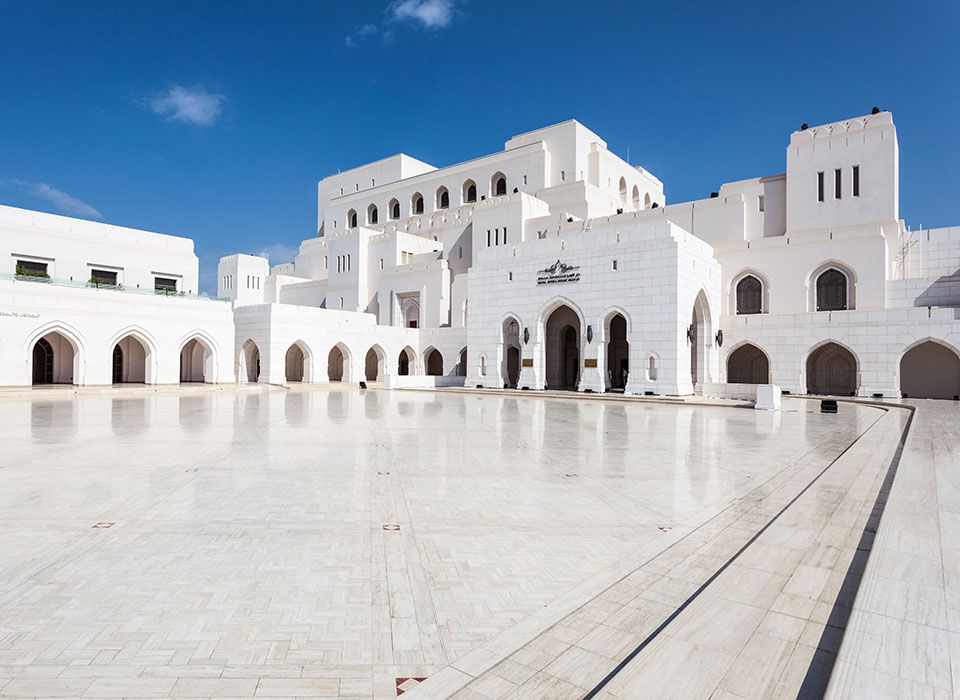 WITH THE ROVOS RAIL FROM PRETORIA TO VICTORIA FALLS IN ZIMBABWE - From Pretoria you will travel on one of the most beautiful trains in the world, the Rovos Rail, to the most famous natural wonder of Southern Africa, the fascinating Victoria Falls.

This is a trip for true nostalgia lovers. For 50 years the "Pride of Africa" trains were pulled by steam locomotives.

The Rovos Rail reminds of this time, even if today not all routes can be driven by steam locomotives.

The luxurious sleeping compartments with modern bathrooms and seating areas, as well as a magnificently appointed dining and observation car, provide elegant comfort during the three-day relaxing journey through South Africa and Zimbabwe. 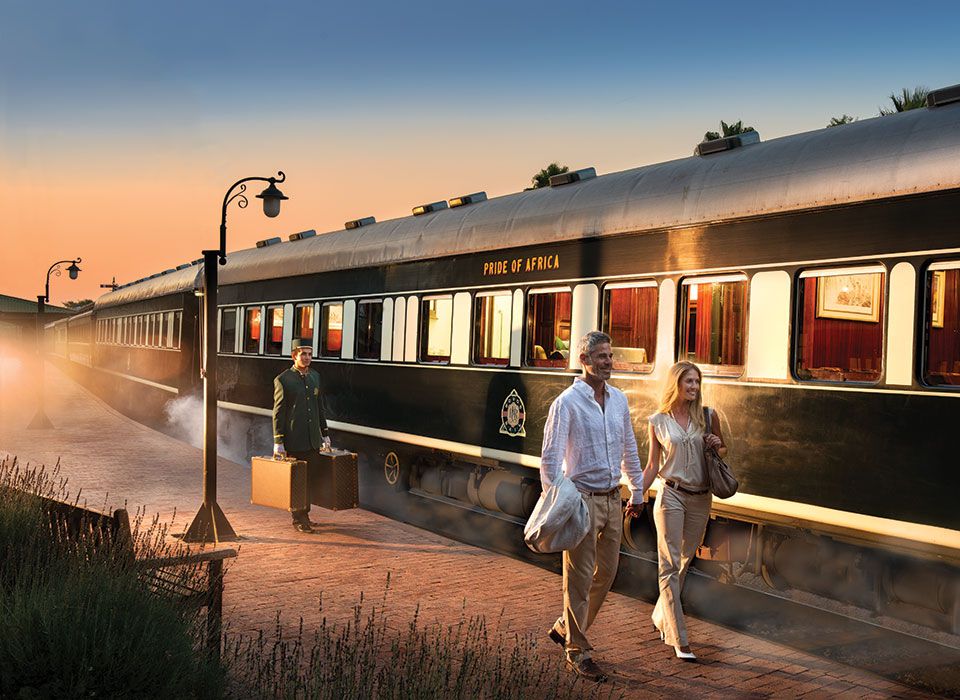 Arrival at the platform - Rovos Rail 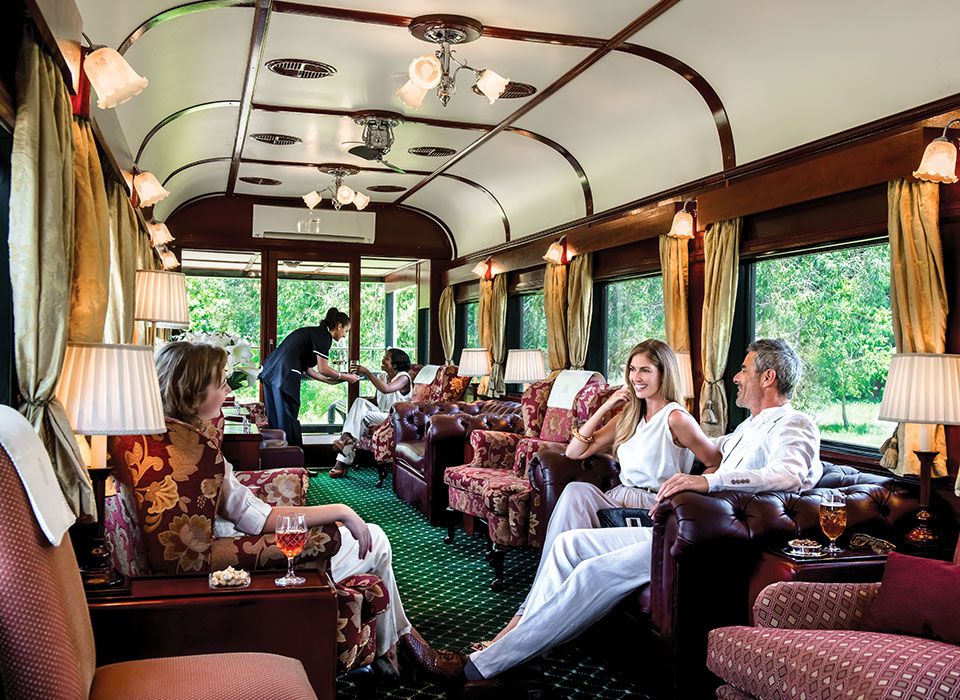 BAZARUTO ARCHIPELAGO - These manageable islands off the coast of Mozambique are considered one of the most beautiful places in Africa.

Color combinations that you can imagine but would never expect to see in reality are ubiquitous here. The waters of the archipelago are also the habitat of a rich underwater world.

If you are lucky, you can see some specimens of the endangered dugong, a rare manatee and the Chinese white dolphin.

Or just enjoy this heavenly tranquility.

The charm of the inhabitants with their half African, half Portuguese way of life will help you to have a lot of fun. 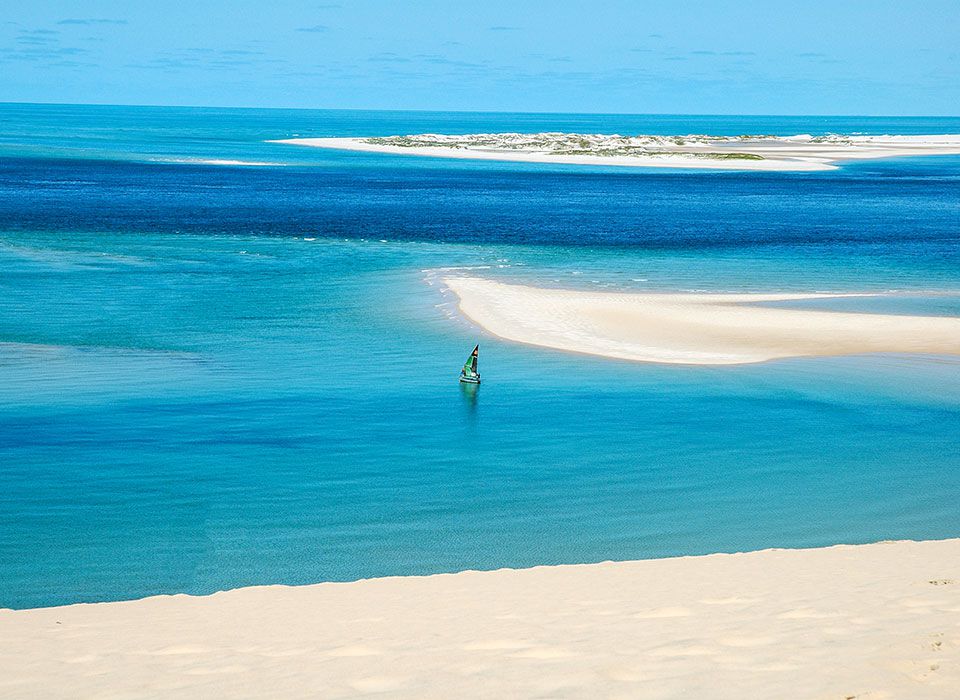 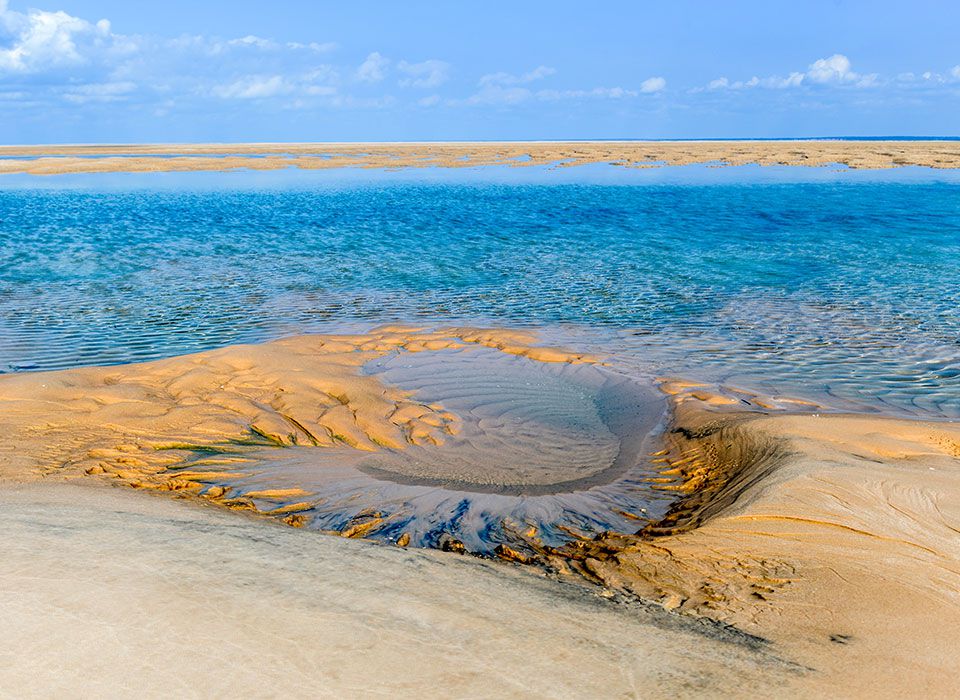 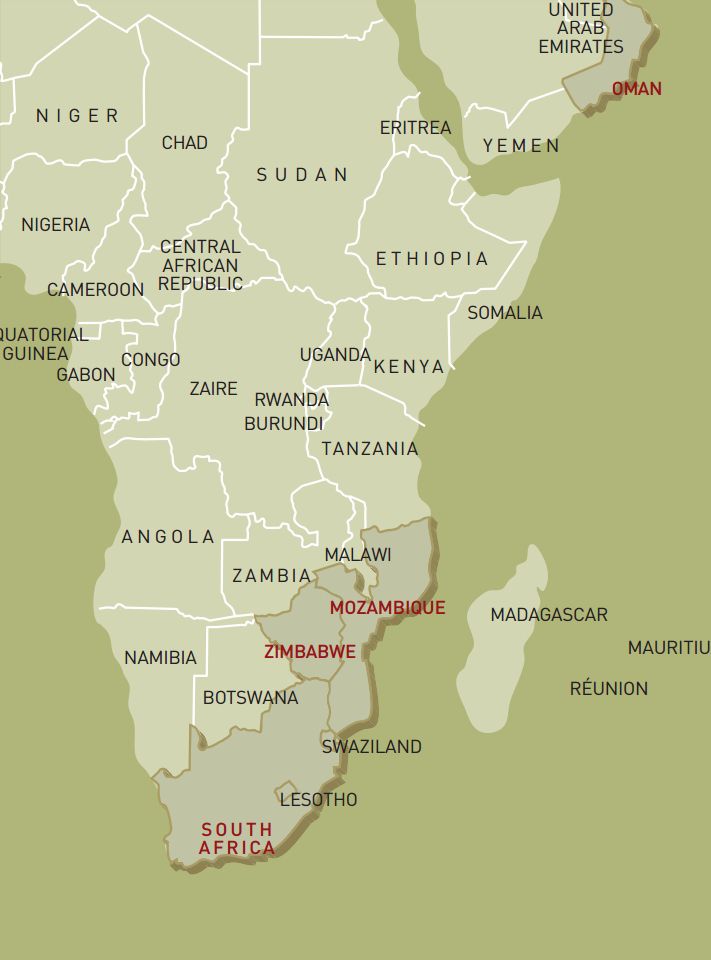 Take a side trip to northern Oman to the Musandam Peninsula
...or enjoy some more nights in Dubai in a desert lodge
...or experience the unique hospitality and the immense game wealth in one of the many safari lodges in Zimbabwe
...or take advantage of the proximity of the Bazaruto Archipelago to the parks in South Africa and treat yourself to a few more days in one of the many luxury camps.