Argentina, the eighth largest country in the world, is one of the most impressive, fascinating and above all contrasting countries on our planet.

It is the country of six continents. It includes vast beaches on the blue sea, polar ice, the mountain peaks of the Andes, the vast plains of the Pampas and tropical jungles.

At the end of the journey, Rio de Janeiro awaits, a hot dance between sense and sensuality.

BUENOS AIRES - If you think Argentina's capital only has tango to offer, you are mistaken.

Buenos Aires has facets of Paris, Madrid, and New York plus Latin American joie de vivre. And yet: the tango is the beat of the city.

In bad times, it gives its lovers support, and in good times, a framework for stylish leaps in the air. The horn sets the beat on Avenida 9 de Julio. With a total of 16 lanes, the widest street in the world stretches like a runway for jumbo jets through the city's forest of high-rise buildings.

The Teatro Colón is located here on the dead-straight main road. The magnificent building, which takes up an entire block above ground, extends underground on three levels; an opera city in its own right, more than three times the size of St. Peter's Basilica in Rome. The perfect acoustics made not only Callas and Enrico Caruso rave.

Less elegant, but far more authentic, is "La Boca" - the colorful working-class neighborhood, a worthwhile contrast to the trendy bars around the Puerto Madero harbor district. 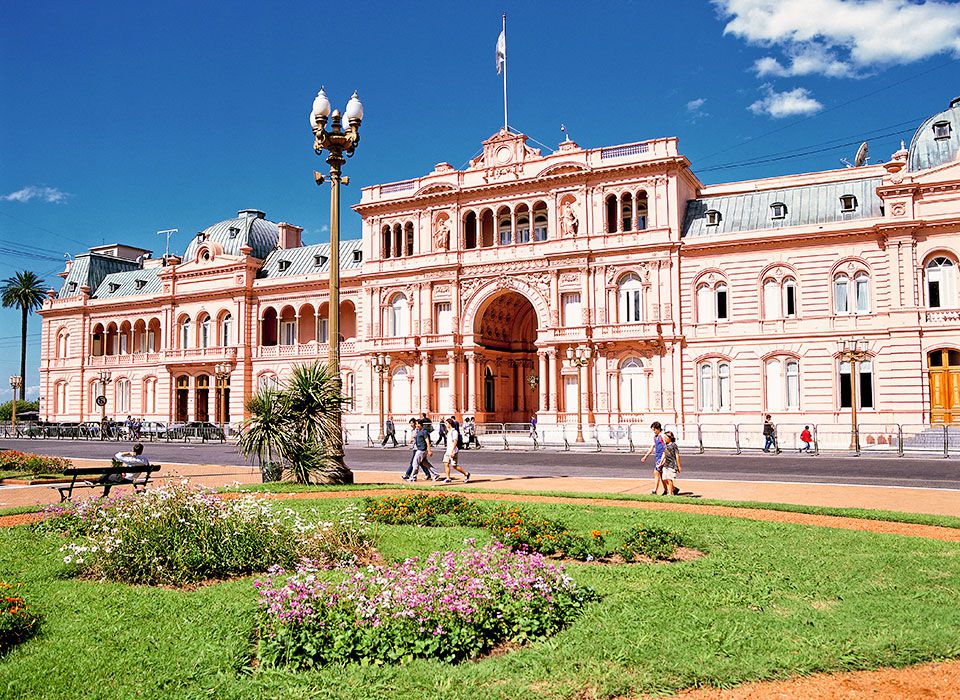 THE VALDEZ PENINSULA, PATAGONIA AND FIRELAND - On the coast of Patagonia, at the Valdez Peninsula, there is an area that seems like a huge zoological garden.

The largest colony in the world of Magellanic penguins nests in Punta Tomba, while manas, nandus as well as guanacos populate the steppes.

In southern Patagonia, the calving glaciers of Lago Argentino, the Perito Moreno and the Ventisquero Upsala, offer an unforgettable natural experience. From here it is also not far to Tierra del Fuego, the southern tip of the country - a side trip that is simply indescribable. 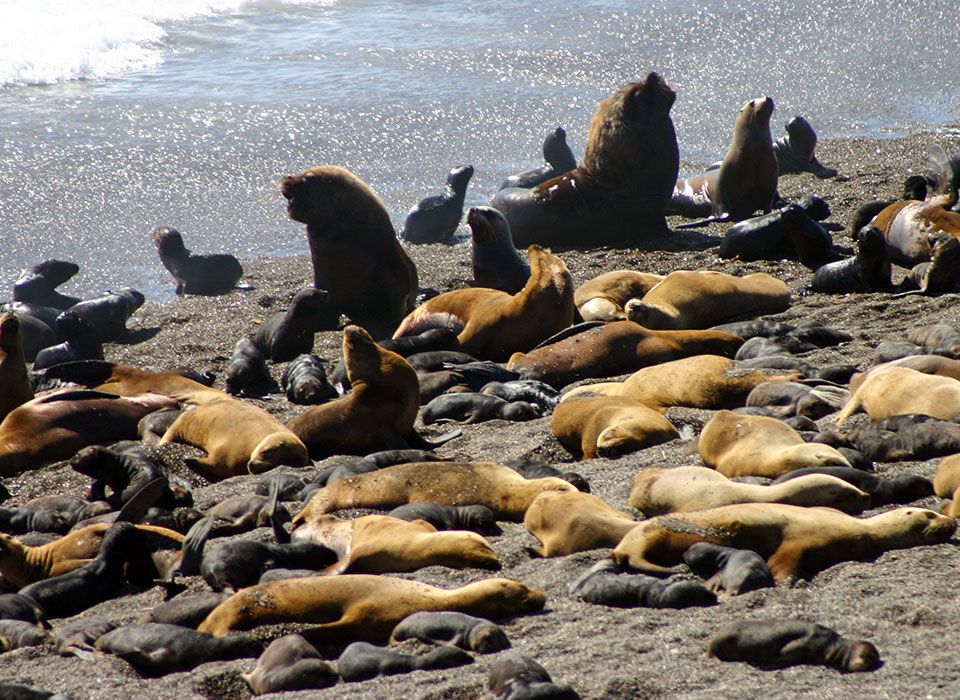 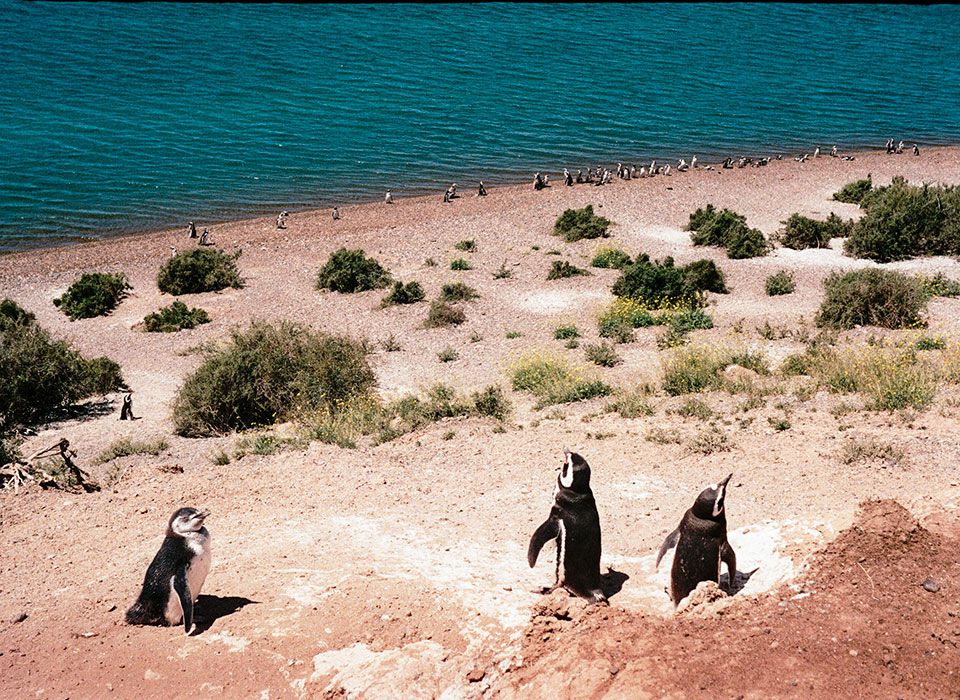 CÓRDOBA - Impressed by the abundance of overwhelming natural events, it is time to get used to the city life of Argentina again.

The colonial pearl of Córdoba is waiting for you to discover it.

Córdoba is known by several names, all of which briefly but accurately describe the city's charm.

On the one hand, the capital of the province of the same name is also called La Docta ("the scholar") because of its universities and other teaching institutes, but because of its many churches, the name Ciudad de las Campanas ("city of bells") is more appropriate for many. 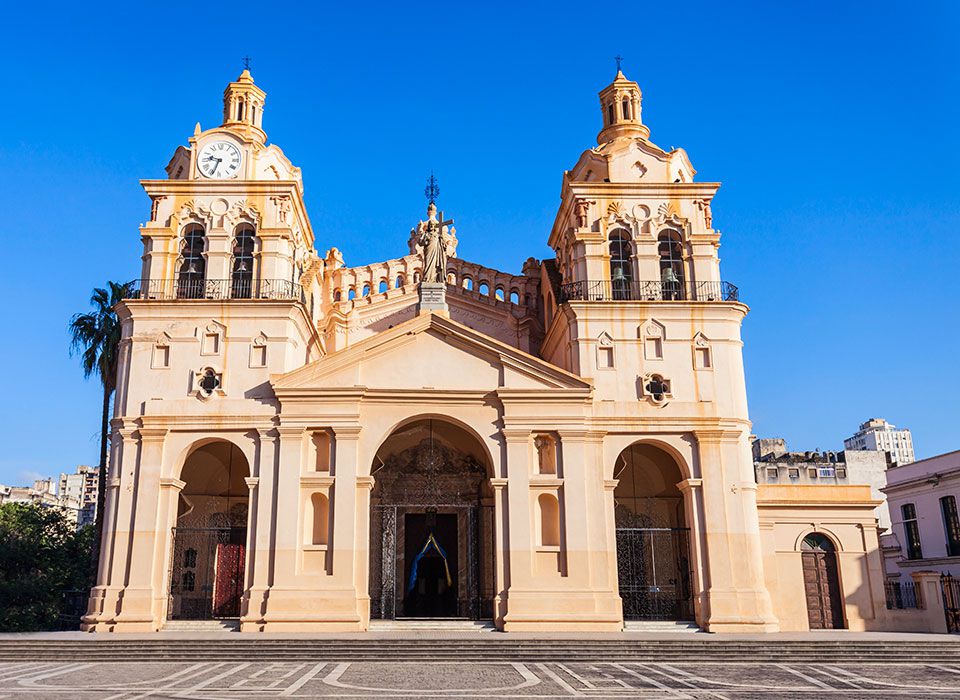 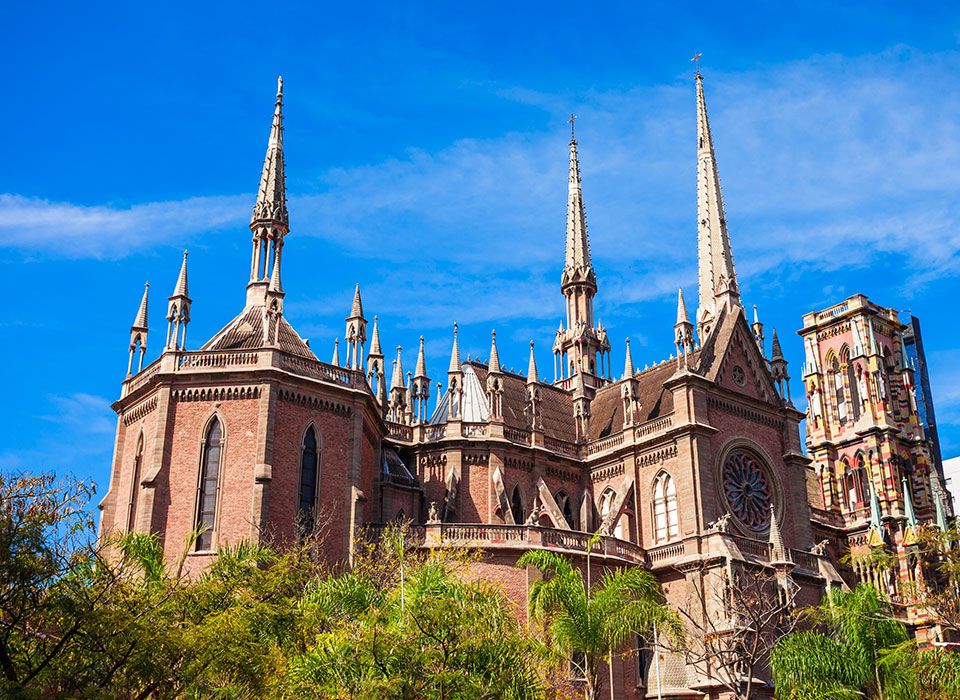 IGUAZÚ WATERFALLS - On a width almost three times as large as the Niagara Falls, the water masses here plunge into the depths, and from far away it already sounds like an earthquake.

The droplet atmosphere shimmers in all the colors of the rainbow.

Iguazú means "great water" in the language of the Guaraní Indians.

A natural park stretches out on both sides of the river. One of the most diverse ecosystems on earth has survived there to this day. The enormous spray of the waterfalls provides the entire surrounding area with the necessary wet and creates an unmanageably large biodiversity here. 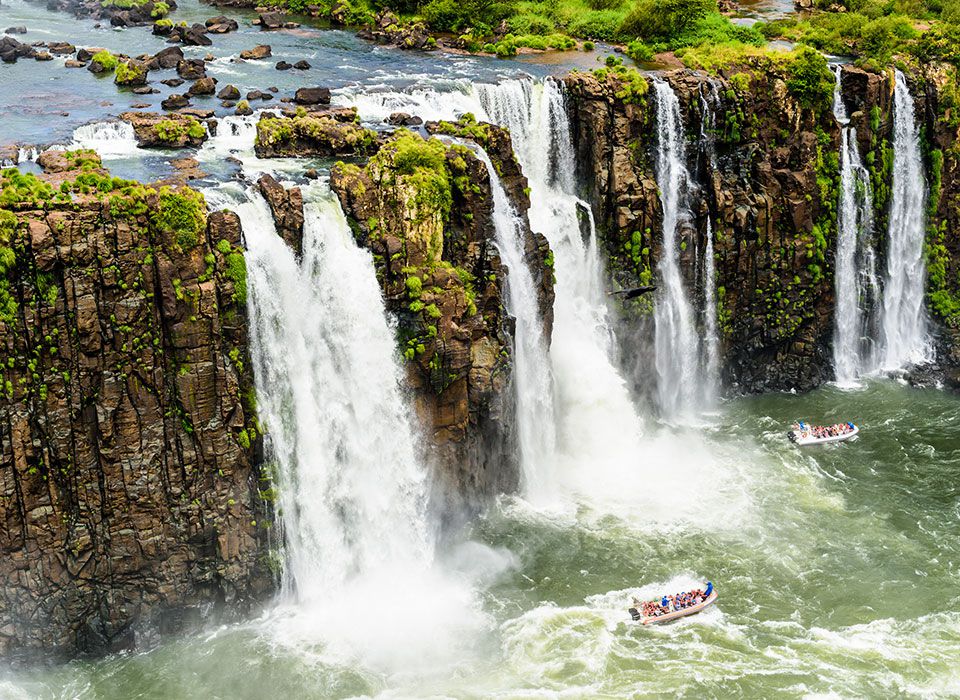 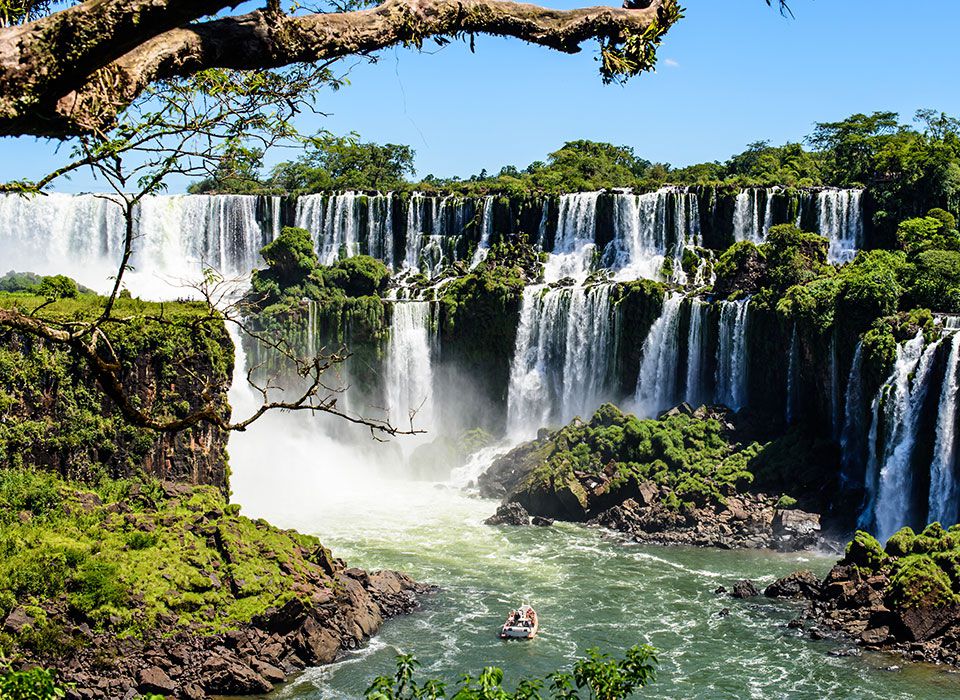 While the rich and beautiful are enjoying iced coconut milk in their skimpy bikinis on Ipanema, probably the most beautiful city beach in the world, you can see one of the largest poor settlements behind you.

Regardless of ownership and origin, the ubiquitous statue of Christ on the 700-meter-high Corcovado stands protectively above them all. From its height, the entire physiognomy of the megacity reveals itself in a unique panoramic view.

From here you can see the famous Sugar Loaf Mountain, which you can also reach by cable car, and of course the beach of Ipanema and Copacabana, already sung about by Barry Manilow.

Many globetrotters who have once been to Rio speak not without reason of the "most beautiful city in the world...". 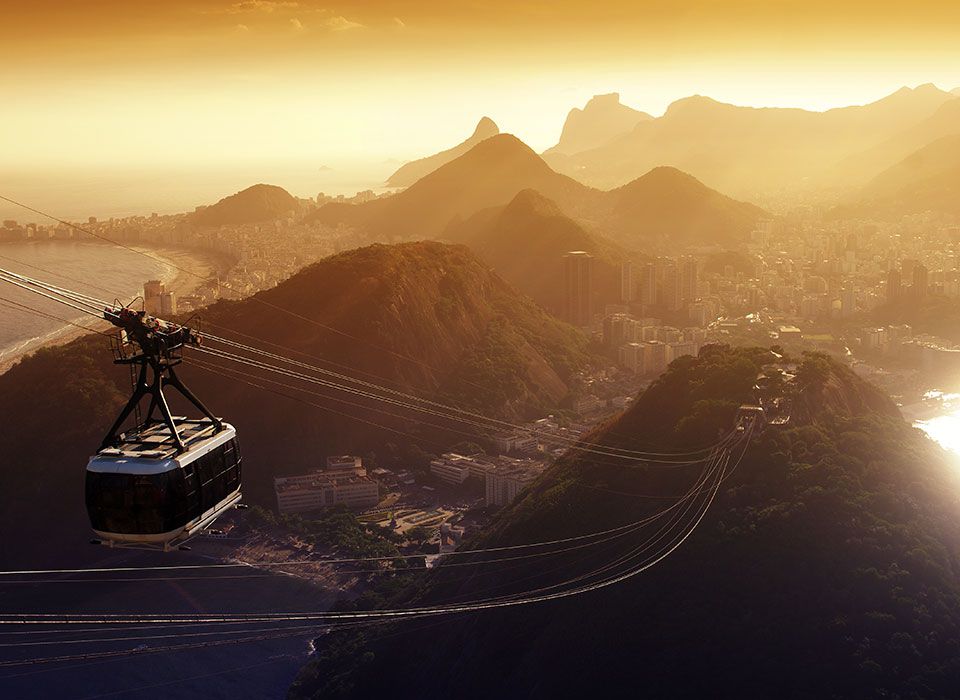 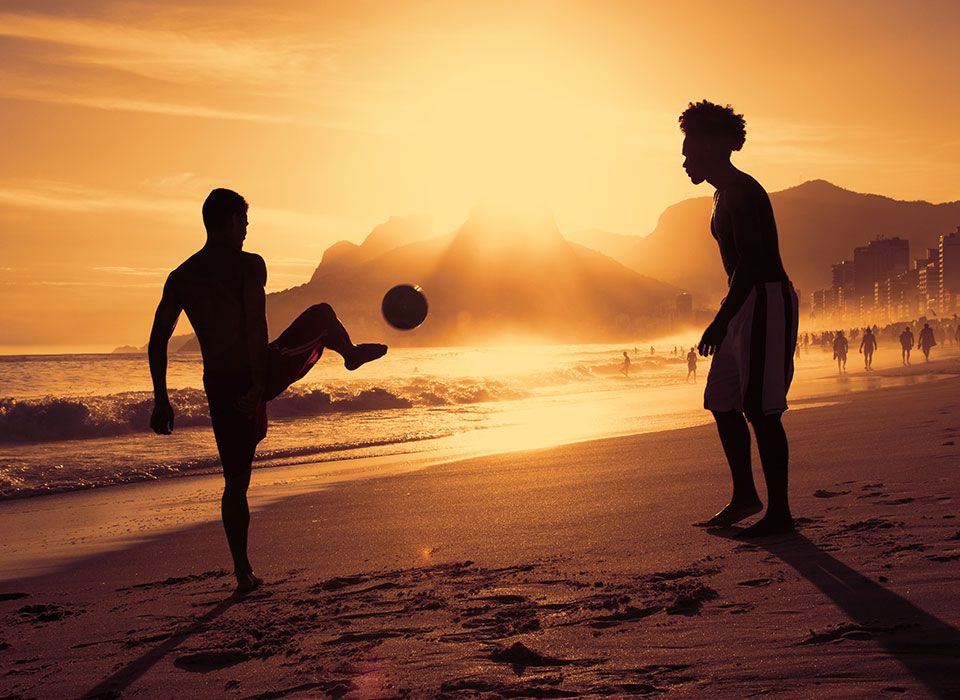 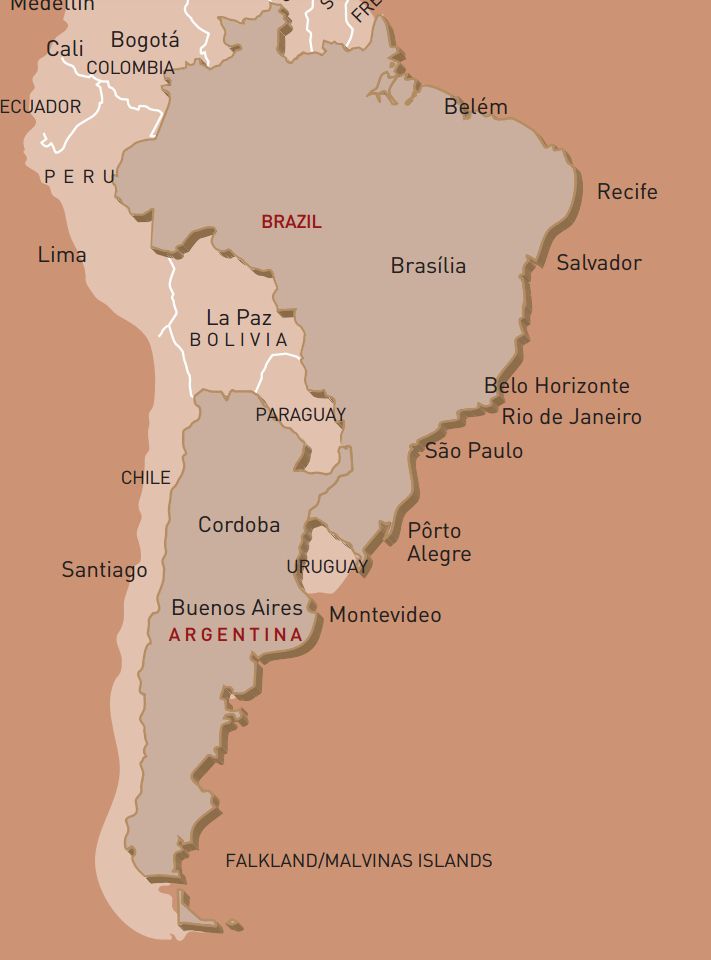 Combine your stay with a Cruceros Australis cruise from Ushuaia to Punta Arenas and visit Cape Horn
...or extend your trip on Brazil's coast in a sophisticated beach resort
...or make a short detour to Uruguay